Our charity scooped the Sporting Chance accolade for our partnership with the Rugby League World Cup 2021, which is the first ever volunteering and personal-development programme for people who have learning disabilities and autism at a major event. Engaging more than 300 people, this is creating unprecedented opportunities for individuals who face significant barriers – changing lives at scale. 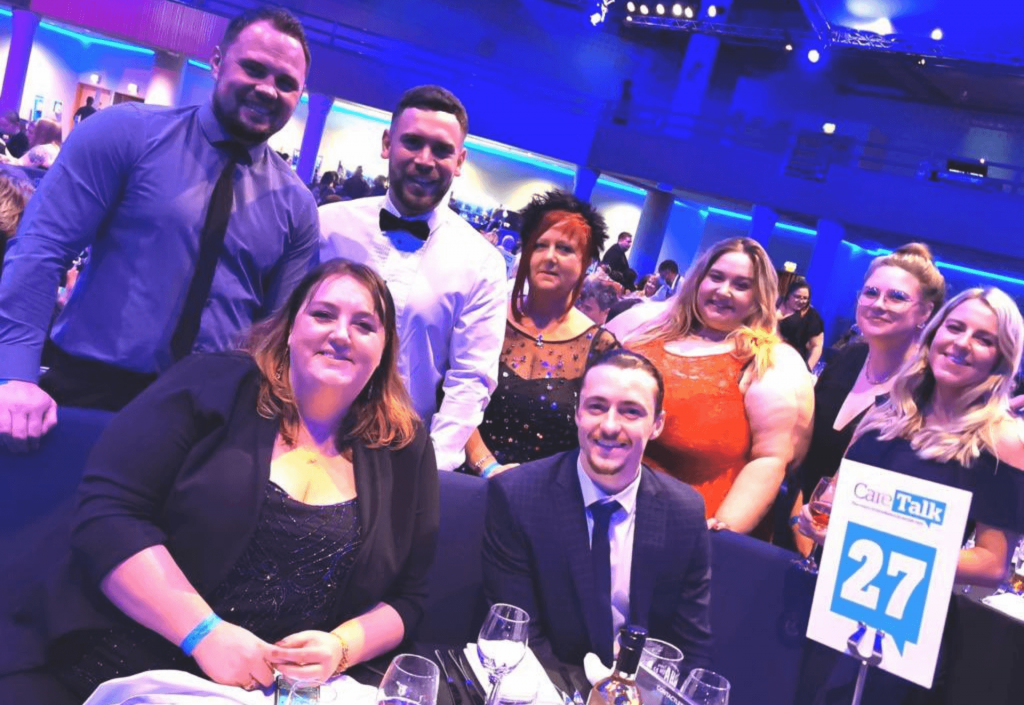 From enabling a 10-year-old aspiring rapper who has autism to create a World Cup song with a hitmaker music producer, to forming a media-training club that hosted the Women’s Challenge Cup Final press conference, the partnership has already had an unparalleled impact.

Our Sports Inclusion Assistant, Oliver Thomason – who has played crucial role in the success of the inclusive volunteering programme – also won the prestigious ‘Newcomer Award’. This honour recognizes his success in enabling people to find and fulfil their potential through our sporting programmes.

Starting paid employment in social care in January 2021, Oliver has already inspired thousands of people to get more active through his mentoring and engagement, and shared his lived-experience of having a learning disability to lead co-production with the people we support.

His successes have included championing the Community Integrated Care Learning Disability Super League – a ground-breaking adapted version of rugby league, which gives more than 200 people who have learning disabilities and autism the chance to play for the sport’s biggest teams at major Super League events. 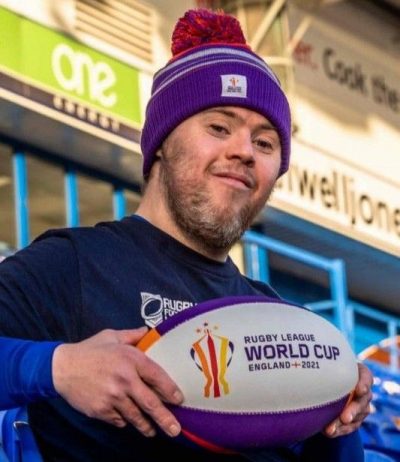 Oliver is also the Official Inclusion Ambassador for the Rugby League World Cup 2021. In this important position, he has helped to showcases disability inclusion on a global scale.

Winning this award is just another example of how Oliver is breaking barriers and showcasing the incredible things that people with learning disabilities can achieve when inclusivity is taken into account.

Speaking about his achievement, Oliver said:

“I am over the moon to have won the Newcomer Award at this year’s National Learning Disability and Autism Awards! I was up against some amazing people. It means so much that my hard work, helping inspire others to get involved in sports and to access new opportunities, was recognised at a national awards ceremony. I hope that this inspires others and shows people who have learning disabilities that anything is possible, and you really can achieve your dreams!”

“We are incredibly proud of Oliver and everything that he has achieved already at our charity. For him to be recognised as being the best new starter in the UK social care sector, as someone who also has a learning disability, sends a powerful message about the value of lived experience and the need for care providers to embrace the talents of people who access support.

He has played a crucial role in helping us break down barriers, further social inclusion, and inspire to get involved with life-changing opportunities. Oliver truly deserves this award and to be recognised at a national level. We can’t wait to see all of the exciting things he will do next.

We are also proud that our partnership with Rugby League World Cup 2021 and Sport England, was recognised with the Sporting Chance Award. I would like to thank the colleagues that deliver this programme for their tireless work and passion. This also recognises the success of our amazing volunteers, and the family members and colleagues who support them, who have been so committed to making the most of this very special programme.”