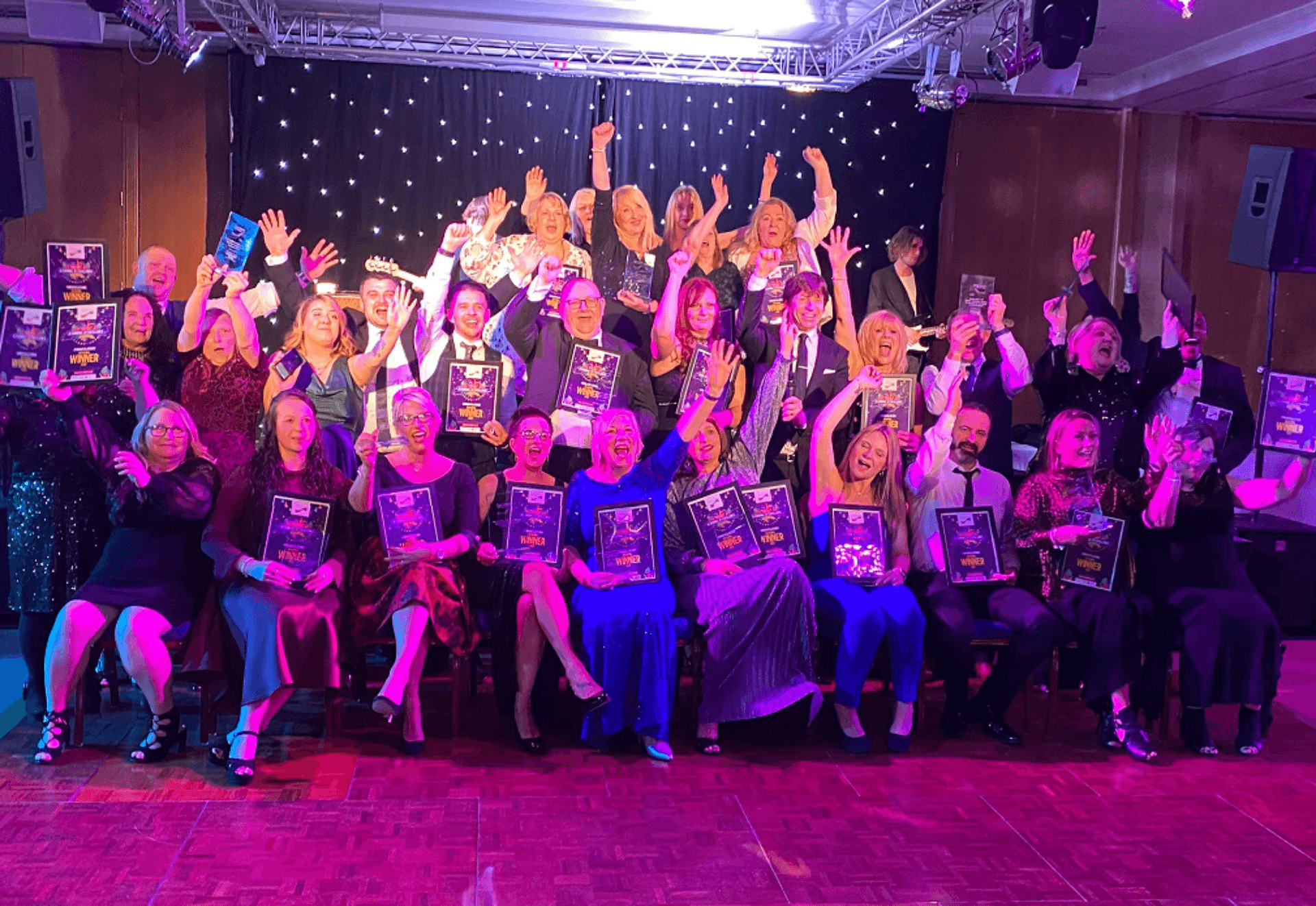 Community Integrated Care is proud to celebrate the success of colleagues from the North East and Scotland after being awarded prestigious care sector accolades at last night’s Great British Care Awards (24th November). 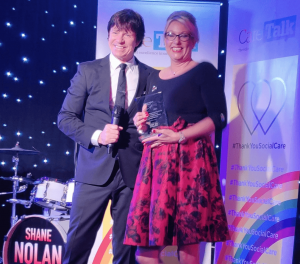 The evening, which was hosted by Steve Walls, saw Fiona Barrie-Higgins, Regional Manager in Scotland, win the highly coveted ‘Outstanding Contribution to Social Care’ Award. The accolade celebrates Fiona’s bravery and leadership during the pandemic, and her unrelenting passion and commitment to the social care sector over the past 20 years.

Fiona was instrumental in providing crucial support and guidance to several services within her region over the past 18 months, facing some incredibly challenging moments along the way.

At the height of the pandemic, when 80% of her staff team were self-isolating, Fiona was quick-thinking and resourceful, drafting in colleagues from across the region to maintain the right levels of care for people supported, as well as selflessly working shifts herself too. This was all whilst she continued to support her 10 other services. 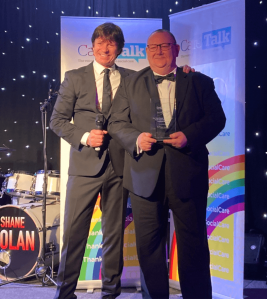 Allison Cochrane, Managing Director for Scotland, said: “Fiona has shown compassion and commitment beyond measure, and showcased incredible leadership skills. When her team faced a crisis, Fiona’s decisiveness ensured that the people we support were kept safe and well-supported. She is truly deserving of this award and we are all so proud of her.”

She continued, “After what’s been a very challenging 18 months, this is a very poignant moment for us – all of our 4 finalists are truly winners in our eyes.”

Also recognised at the awards was Graham Buckless, Support Worker at Whitby Drive in the North East. Graham picked up the ‘Care Home Worker Award’ celebrating his commitment to the people he supports, his colleagues and his own personal development.

Graham began his career with Community Integrated Care in September 2020, with only six months prior experience. Starting a new role in the midst of a global pandemic, Graham proved himself to be a proactive, responsive and ambitious member of the team.

After just one month in post, 18 out of 23 colleagues tested positive for Covid-19 in the service Graham worked. Graham made the ultimate sacrifice in choosing to move out of his home and into the service to reduce the chances of infection, and ensure that the people he supports at Whitby Drive could continue to receive outstanding care during the most unsettling of times.

Marc Brodie, Managing Director for the North East, said: “Graham is a recent recruit to our charity and is in fact only just starting his career in social care – but what a start! His actions to put the people we support first really do demonstrate what a true hero he is – we are so lucky to have him as part of our team.”

He continued, “We’ve received several nominations this awards season and we’re incredibly proud of all of our colleagues who have been recognised for their efforts and achievements.”

At the event, Community Integrated Care, who were also nominated as Care Employer of the Year, had another six fantastic finalists from across the North East and Scotland:

Last night’s awards ceremony forms part of the Great British Care Award’s regional events, celebrating excellence across the sector. The ceremonies continue to take place throughout this month across other regions, with Community Integrated Care celebrating 24 finalists in total.

Winners from the regional events will go through to a National Finals taking place in March 2022.