The First Team superstars were split into four groups, each taking it in turn to train and play against the Learning Disability Super League team. 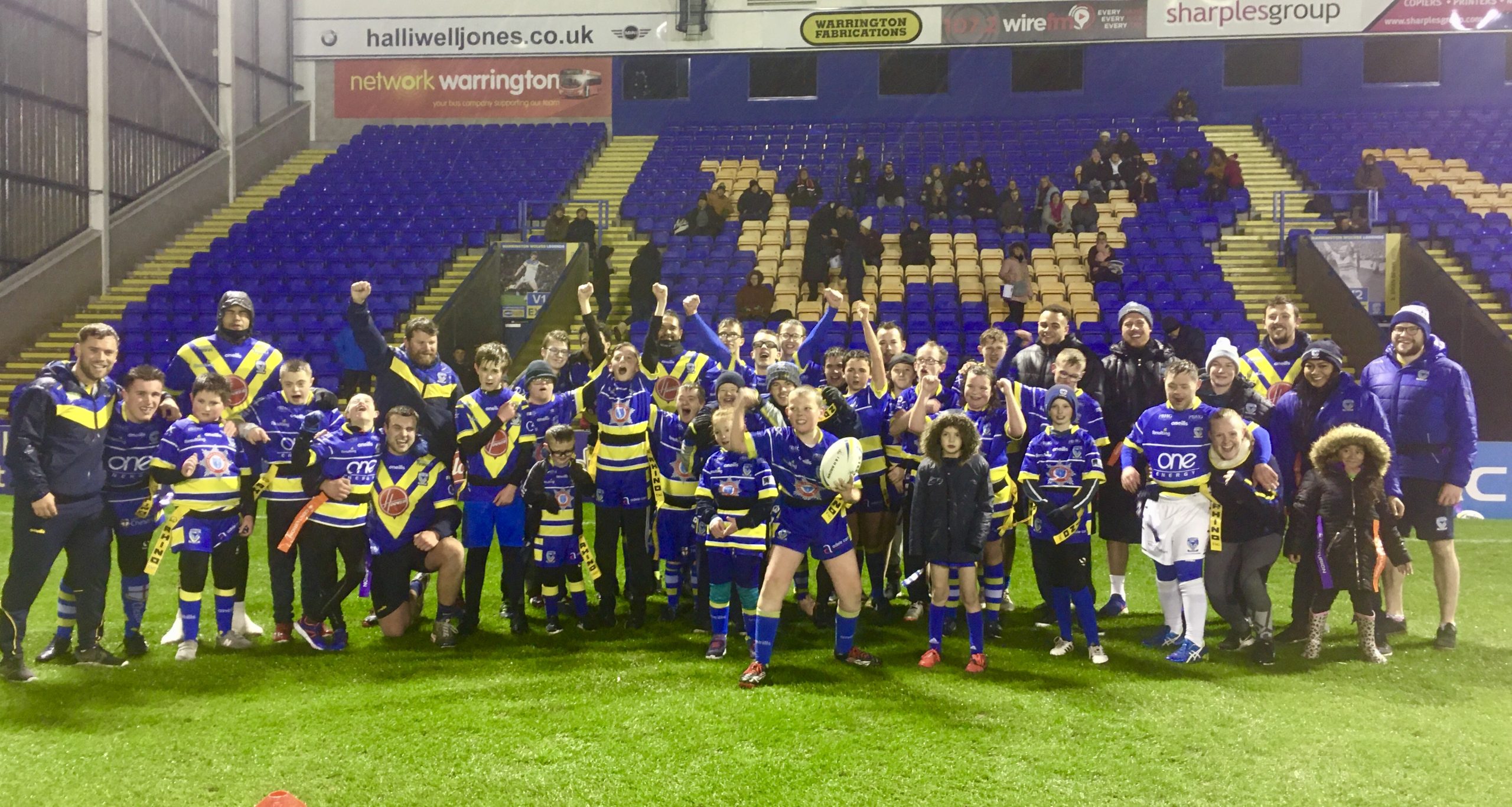 The Community Integrated Care Learning Disability Super League is a collaboration between Super League, the RFL and the national social care charity, Community Integrated Care. It has seen 12 leading rugby league clubs establish accessible teams for people with learning disabilities and autism, with support and training from the charity. Participants play a specially adapted, non-competitive version of the game that they love at special festivals and Super League events.

Danny Walker, Hooker for Warrington Wolves first team, said: “It was a great to see everyone with a smile on their face and getting stuck in playing Learning Disability Super League. Over the past year, we’ve all seen the exceptional impact the sport has been making – they even took over the Man of Steel Awards! Tonight, we got a taster into just how fun and accessible the sport is and now we can’t wait to watch all the players taking part next season.

Natalie Jobson, Mum of Freddie, Warrington LDSL player said: “Freddie comes down to train every Friday night and it’s brought his confidence on no end. We’ve tried to access sports for Freddie in the past, but the support hasn’t been there like it is here. He’s just made so much progress since playing the Learning Disability Super League – it’s just absolutely amazing.”

Helen Mathie, Regional Manager at Community Integrated Care said: “The Community Integrated Care Learning Disability Super League continues to go from strength to strength. Who would have thought that when we launched this in February 2019, we would be seeing a professional super league team lining up to play a learning disability team – it is just incredible. We’re proud of everything the players, coaches, parents and clubs are doing to grow this sport and can’t thank the first team enough for taking part tonight”.