Scott’s band featured in the Guardian

Featured in The Guardian, a brand new band has hit the scene…with a person we support showcasing his talents! 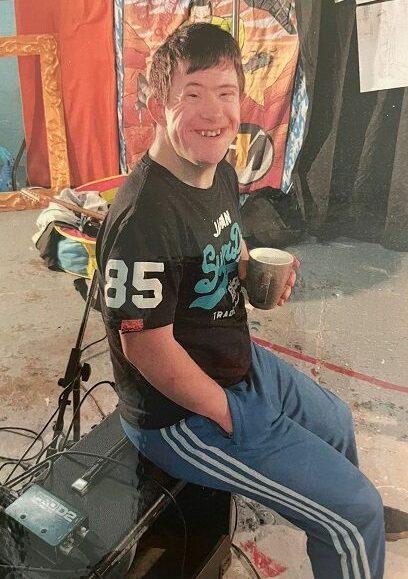 Scott Anderson, a person we support in Leeds, celebrates a dream come true as his band is set to release their first album.

From DJ-ing solo to playing drums in punk band, Ultimate Thunder, Scott has long followed his passion for music.

Over the past few years, Scott has travelled far and wide with his band, Ultimate Thunder, to perform in gigs and host DJ sets. Now, after playing together for years, Ultimate Thunder have an LP album on the horizon!

Since receiving a huge grant from their local Arts Council, the band have been able to record the album and have it professionally mixed, pressed and promoted. The LP, in Ultimate Thunder’s signature style, will feature the band’s original music, which blends poetry and rap.

Sharing his thoughts on their recent success, Scott said, “As long as I’m playing music, I’m happy. I’m excited that this opportunity will let me continue playing music with the band. I’m hoping to get a new drum kit in the future and for us to go on tour as a band!”

Robert McIntyre, Scott’s Support Worker, said, “I am really proud of Scott and the band for everything they’ve achieved! To be launching their first album is so exciting and we can’t wait for it to be released. I’ve been supporting Scott for around 12 years now and he’s like family. He’s so hard-working and talented, he always wants to be busy being creative, and he has such a passion for music. We’ve even kitted out his room with drums, musical equipment and a stage so he can practice whenever he wants to! To see him working so hard and following his dreams is inspirational. I’ve been to watch the band a few times now and they are just brilliant! I couldn’t be happier for them.”

Scott makes up one seventh of Ultimate Thunder – who all have learning disabilities, bar lead guitarist and band founder, James Heselwood. Also a member of the band is one of Community Integrated Care’s Learning Disability Super League players and guitarist, Kenneth Stainburn.

The band’s journey started in 2011, when James founded Ultimate Thunder as part of an arts project with the help of Leeds-based charity, People In Action. Scott had attended the charity’s music classes and was delighted to be asked to join the band as their drummer.

Now supported by Pyramid, another Leeds-based arts charity, the band won the grant from the Arts Council in early 2020, which enabled them to create their debut LP and have it professionally mixed, pressed and promoted.

Having already been interviewed by the Guardian, Ultimate Thunder have many more exciting press appearances planned in the run up to the album launch, which will take place on 21st July at a special launch event in Leeds. Read more about the incredible band in The Guardian’s article, here.