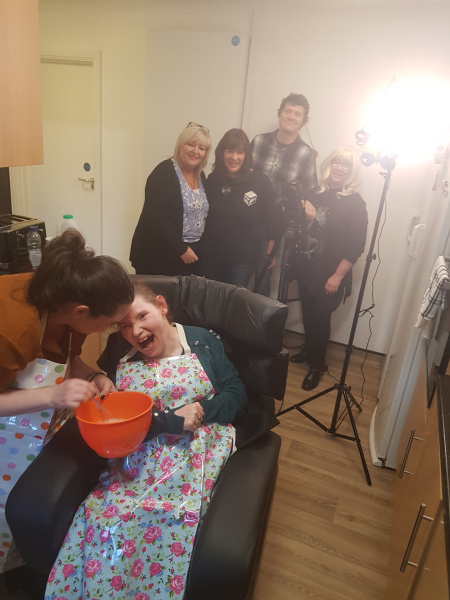 Whitby Drive, one of Community Integrated Care’s supported living services in the North East, have recently collaborated with training organisation Paradigm to create a special film on standards in care.

The team and people we support at Whitby Drive assisted Paradigm in creating a unique production supporting the ‘Reach Standards’, a set of nationally recognised guidelines which underpin supported living services. There are 9 Reach Standards which are recommended by the Care Quality Commission for care providers across England.

The story has been designed to promote and demonstrate the Reach Standard “I choose who supports me and how I am supported”. The film depicted a member of staff leaving and a new person joining, portraying the affect this can have on people with complex needs when done in the wrong and right way.

Paradigm is a development and training organisation which advocates for people with learning disabilities and autism to live ordinary lives. The film will be used to inspire and equip care teams through training courses nationwide.

Tammy Wallace, Service Leader at Whitby Drive says: “Everyone at Whitby Drive had an amazing day taking part in the filming, especially the people we support who – seeing everyone’s energy and creativity come alive on the day really gave us all a huge buzz.”

“A big thank you to Paradigam for making everyone feel so ease whilst filming, everyone here at Whitby Drive feels so lucky to have been chosen to be part of it and we can’t wait to see the final production!”

The film is currently in the final stages of editing and is due to be released in the coming weeks.