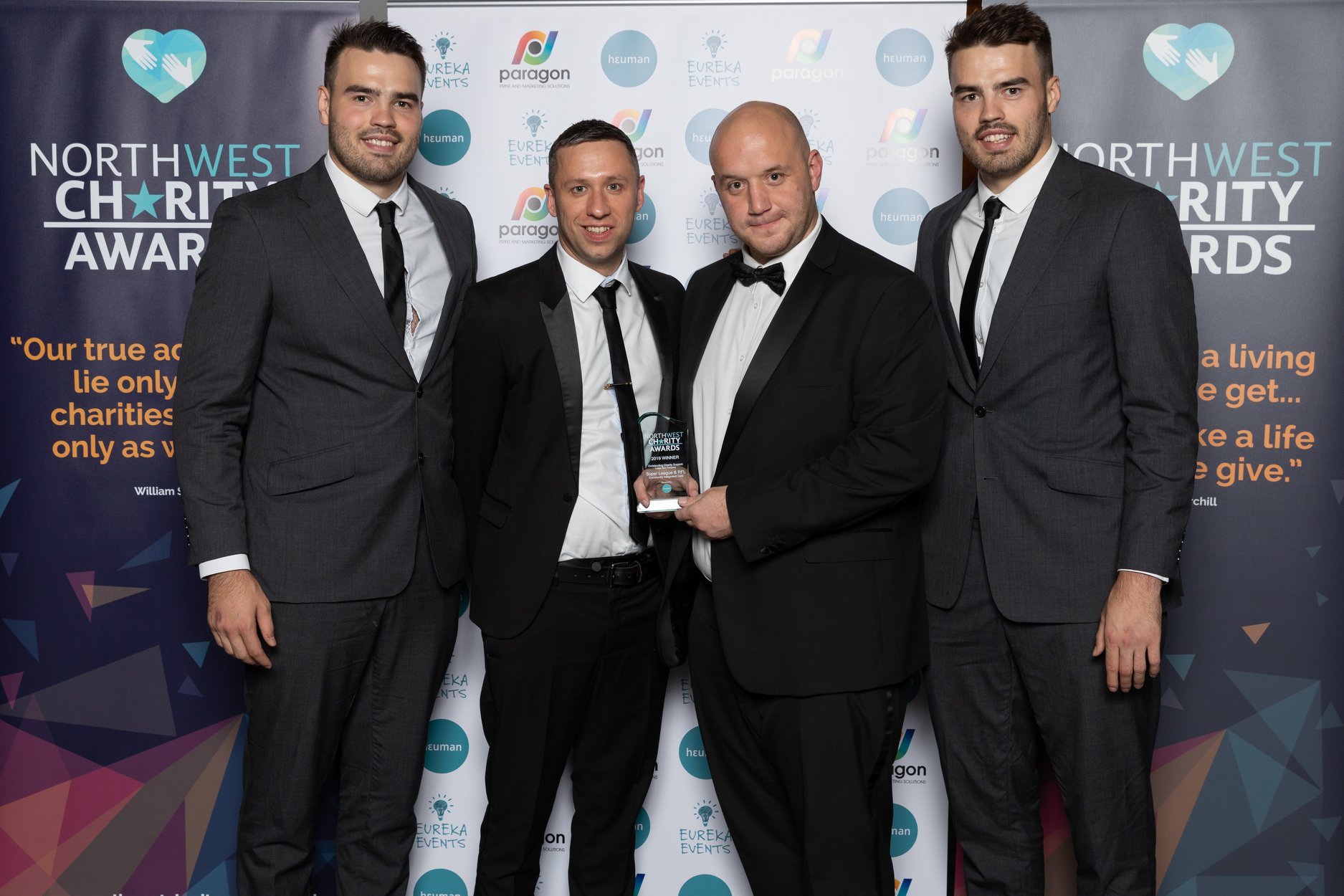 Super League and the Rugby Football League (RFL) have been commended for their ground-breaking approach to promoting social inclusion through sport.

The partners collected the prestigious ‘Outstanding Charity Support’ accolade at the North West Charity Awards after being nominated by Community Integrated Care, one of Britain’s biggest and most successful social care charities. The charity made the nomination both in recognition of their partners’ backing of both the Community Integrated Care Learning Disability Super League and its own Rugby League-based inclusion programmes.

Community Integrated Care supports more than 3,500 people across the UK, who have learning disabilities, autism, mental health concerns and dementia. In February 2019, the charity was announced as the Official Social Care Partner of RFL and Super League, with a vision of pioneering the development of programmes to promote the inclusion of people with care and support needs through rugby league.

Individual clubs throughout the game have been at the forefront of developing the learning disability version of rugby league as the game seeks to make itself as accessible to as many people as possible.

At the heart of developments has been the Learning Disability Super League, a world-first programme that has given almost 200 people who have learning disabilities and autism the chance to fulfil their sporting dreams. Since its launch at the 2019 Dacia Magic Weekend at Anfield Stadium, the programme has captivated supporters and been featured at a number of high-profile Betfred Super League events and inclusive festivals, developed by the RFL.

Mark Adams, CEO of Community Integrated Care, says: “What Super League the RFL and the clubs have contributed to both our charity and the lives of our Learning Disability Super League players this year has been incredible. Whilst we know that they have supported us without seeking acclaim, it was important to us that we publicly recognise their vision and commitment. It was a proud moment to see their partnership with our charity recognised on such a prestigious stage.

“The values of Super League, the RFL and our partner clubs align perfectly with our charity, as we all share a genuine commitment to making a real difference to our communities and championing inclusion. As this award acknowledges, they have provided Community Integrated Care with exceptional support – and for this we are truly thankful and proud of what we’ve achieved together.

“This is only the first year of our partnership and we are excited for how much more we can achieve in the seasons ahead.”

Super League CEO, Robert Elstone, adds: “The learning disability game is a valuable and important part of the rugby league family, and the award belongs as much to our friends at Community Integrated Care and those people playing the game as it does to ourselves. The festival at Magic Weekend was a personal highlight of the 2019 Super League season and it is impossible not to be inspired by the work that is going on.”

Ralph Rimmer, Chief Executive of the Rugby Football League, said: “We’re proud as a sport of how deeply embedded our clubs are in their communities, delighted to have been nominated by our partners at CIC and thrilled to be recognised for our approach in ensuring that rugby league is accessible to all.”

The 2019 Community Integrated Care Learning Disability Super League is set to conclude next weekend on Rugby League’s biggest stage – the Betfred Super League Grand Final. Players, coaches, volunteers and partners of the project will enjoy a special celebration event at Old Trafford, where they will be joined by rugby league legends and stars, before watching the big game from the best seats in the iconic stadium.