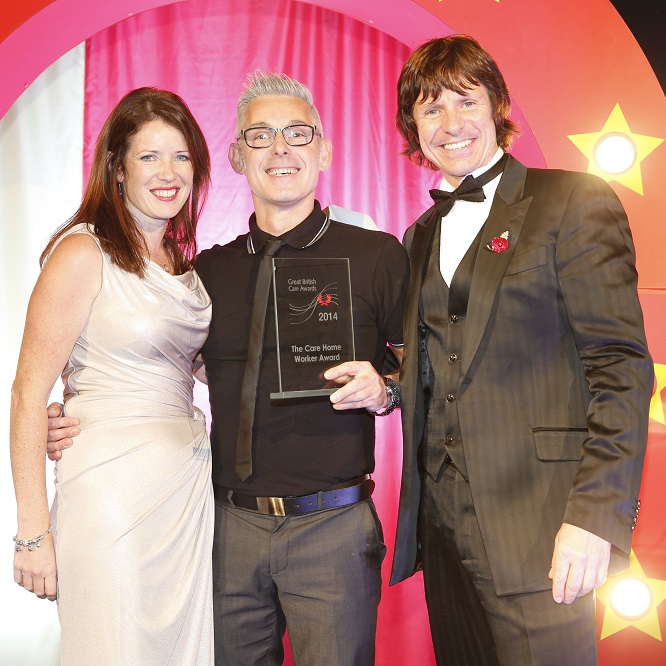 Robert McIntyre, who works at Pinfold Lane in Leeds, was nominated by his staff team for the award for his role in the service’s transition from residential care to supported living. In his role as key worker for one of the tenants at Pinfold Lane, he has supported the gentleman to live a healthier lifestyle, taking regular exercise to lose weight, and to reconnect with his family.

Also shortlisted on the night was Doreen Holmes, Registered Manager at Broad Lane, which is also in Leeds. Doreen was a finalist for the prestigious Outstanding Contribution to Social Care Award, in recognition of her lifetime’s dedication to supporting adults with learning disabilities in Leeds.

Adam Wells, Regional Manager for Central, says: “Frontline staff in the care sector are too often the unsung heroes in society, so it’s a tremendous honour for our staff to be recognised at the Great British Care Awards for their tireless work.

My congratulations to Robert and Doreen for their achievements – and we wish Robert the very best of luck for next year’s national final.”