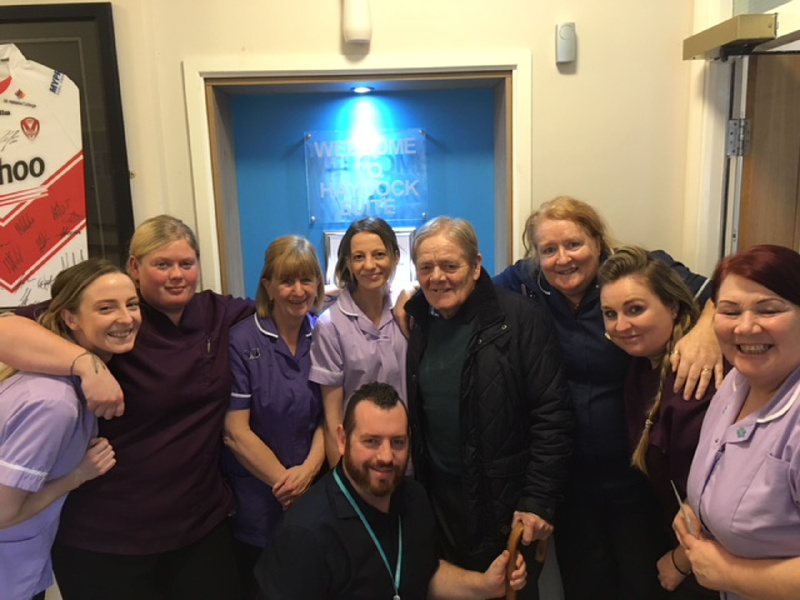 Eccleston Court Care Home in St Helens were this week visited by a very special guest – a person formerly supported at the service who has returned home!

Former resident Denis joined Eccleston Court after becoming unwell, and was receiving End of Life Care. His illness meant that his dementia worsened, and he was receiving round the clock support.

However with the love and support of his staff team, Denis’ condition improved, as did his mental health and general wellbeing. So much so, that he made the decision with his family that he was well enough to move home just before Christmas!

Denis and his family credit the team at Eccleston Court for making this possible – thanks to their dedicated support and determination.

Eccleston Court’s Service Manager, Collette Gough, said: “The team were so delighted to see Denis again. He’s a great example of someone with tremendous spirit and strength of character to be well enough to go home. It was the best Christmas present anyone could ask for.”