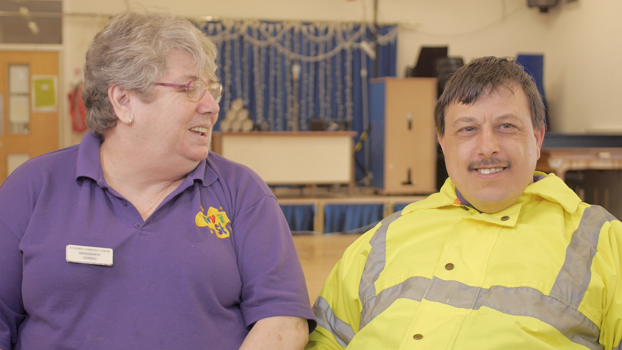 Our charity has honoured Nan Goodall, a dedicated volunteer who has supported Blackburn with Darwen Centre Service and many other community groups for decades; Paul Green, who has learning disabilities and has tirelessly volunteered his support to keep the streets of Blackburn clean; and Fazal Hussain, one of Blackburn’s first South Asian migrants and a committed champion of community cohesion. All three will have households in the care home named after them.

EachStep Blackburn is a state-of-the-art dementia care service, which will be opening to the public on 23rd May 2016. The home aims to be part of and to give back to the local community, and has formed great partnerships with the likes of One Voice, Age UK, Blackburn College, Blackburn Carers Service and Blackburn Rovers Community Trust.

In this spirit of community engagement and making a difference, Community Integrated Care decided to name the three households of EachStep Blackburn after local heroes, both past and present. It invited members of the local public to submit nominations, receiving hundreds of entries after the contest was actively promoted by its community partners and local media.

The three winners were selected by Neil Matthewman, Chief Executive of Community Integrated Care, and a panel of some of its key local partners – Christine Connell, Manager at Ivy St Community Centre; Zaffer Khan, Head of Communications at One Voice; Andy McHugh, Service Lead for Adult Social Care at Blackburn with Darwen Council; and Sir Bill Taylor, Chair of Healthwatch, Blackburn with Darwen. The panel chose to recognise local ‘unsung heroes’, who have not had public acclaim for their wonderful contribution to the Blackburn community.

Nan Goodall was nominated by Sam Morris, CEO of Blackburn with Darwen Carers Centre, who highlighted her work in supporting the development of Ewood Park, role as Chair of a local Community Association, and her leadership role as a Trustee at the Carers Centre.

Doreen Mitchell from Ivy St Community Centre nominated Paul Green. She highlighted his efforts to keep the streets of Blackburn clean, by working as a volunteer litter picker, and support of housebound members of the community, who he collects groceries for.

The three winners will all be honoured at the official launch ceremony for EachStep Blackburn on 19th May.

Fazal Hussain was put forward by member of the public, Dave Hawath. He said that Fazal, who died at the age of 95, played a vital role in supporting community cohesion initiatives, supporting local schools and serving for the Royal Army Medical Corps in World War II.

Neil Matthewman, Chief Executive of Community Integrated Care, says: “Our aim is to make EachStep Blackburn a genuine hub of the local community. Honouring the town’s heroes makes a great statement about our commitment to involving and giving back to local people. We’d like to thank all of our partners and every member of the public who supported this initiative. In Paul, Nan and Fazal, we believe that have found three wonderful people who are worthy of being permanently honoured in our pioneering home.”