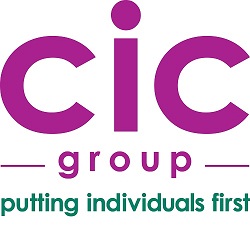 Community Integrated Care is delighted to announce the appointment of three new members to its Board of Trustees, Mike Gooddie, Philip Smyth and Peter Hay.

Mike Gooddie is currently People Director for IR, Engagement and Distribution Centres at Asda, having previously held a variety of senior management roles in organisations such as Shell, British Airways, The BBC and The Manchester Airports Group.

Prior to his retirement, Philip Smyth was the Main Board Director for PZ Cussons PLC having overall responsibility for the Group’s European businesses and latterly, its business change projects across Europe, Africa and Asia.

Peter Hay is a Strategic Director for Adults and Communities at Birmingham City Council in and has overseen major change within the provision of Adult Social Care. In June 2012, Peter was awarded a CBE in the Queen’s Birthday Honours for his services to social and health care and his role as president of ADASS.

“All three men bring with them an incredibly impressive wealth of business and leadership experience from across both the public and private sectors and I have no doubt that our organisation will benefit enormously from their contribution.”