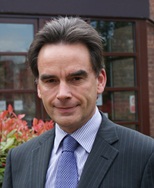 We are delighted to announce that CIC Chief Executive, Neil Matthewman, has been nominated as one of Care Talk magazine’s ‘Social Care Top 30’.

The chart, which features many key influences and decision makers within the social care sector, is aimed at showcasing and recognising real leadership, excellence and vision.

Neil was nominated for his “wealth of experience gained during a long career within the public sector” with key achievements highlighted including his “expertise in managing major change within the Health Service” developing integrated health and social care commissioning.

Neil said of his nomination: “It is always a very proud moment when colleagues and peers within the sector recognise your commitment and contribution. I think now more than ever is the time to recognise innovation and excellence within the social care sector and it is genuinely an honour to have been nominated alongside such accomplished figures within the industry.”

Voting for the final top 30 is now open and the overall winner will be announced at a gala dinner to be held at the prestigious St Pancras Renaissance London Hotel on 28th November 2012.