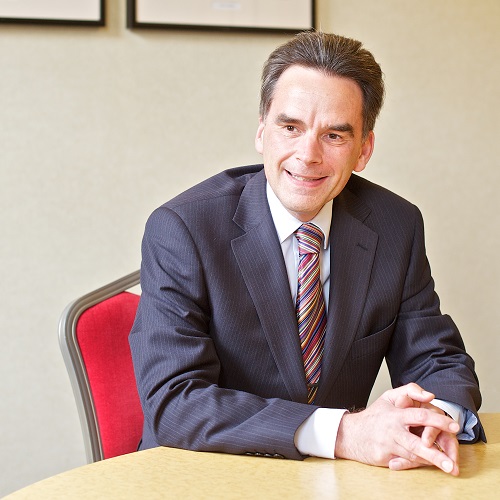 Our Chief Executive Neil Matthewman has been recognised for his achievements in the care sector, winning the Outstanding Contribution at the Great British Care Awards Final this weekend.

Neil’s win at the national finals follows on from success at the Great North West Care Awards in October. His prestigious accolade recognises an individual who has made a significant long-term contribution to the care sector. The awards were held on Saturday at Birmingham’s Burlington Hotel.

Neil Matthewman began his career in care in 1982, as a porter at Doncaster Royal Hospital, and has risen through the ranks to become the Chief Executive of Community Integrated Care, one of Britain’s biggest social care charities (£100m turnover, 5000 staff, 5000 people supported). Throughout this astonishing journey, he has been driven by changing society, improving wellbeing and changing lives.

Upon graduation, Neil took a job in a NHS training scheme, and over the course of a decade had a rapid ascent through acute and mental health hospitals in Yorkshire, ultimately becoming the Director of Planning at Burnley NHS. In 2003, he was employed to modernise Lancashire Teaching Hospitals. This was followed by a move to 5 Boroughs NHS Trust in 2005, where he held the position of Executive Director of Service Development and, for nine months, acted as the Trust’s Chief Executive.

In 2011, Neil was appointed as Chief Executive of Community Integrated Care and was tasked with modernising the organisation. He has excelled in this role – developing an ambitious strategy that has the aim becoming ‘The UK’s Leading Health and Social Care Charity’ and overseeing a programme of investment and organisational development to achieve it.

More recently, Neil has been instrumental in shaping Community Integrated Care’s response to the Care Act, and has spoken about this at a number of high profile conferences. Under his guideship, our organisation has grown by over £10 million.

This success follow’s Neil receiving the ‘Leadership Award’ at the 3rd Sector Care Awards in London in December. This award celebrated Neil’s development of our bold five year strategy, as well as his contribution to other care sector organisations such as Skills for Care and the National Care Forum.

Community Integrated Care also had two other nominees on the night, with Regional Director Adam Wells and our Peer Reviewers both up for the Putting People First Award.

Neil says: “It was a tremendous honour to receive the Outstanding Contribution Award at the Great British Care Awards – to be recognised amongst the very best of the care sector is an incredible moment for me.”

He continues, “Throughout my career I’ve had the honour of working alongside people and teams who strive to make a difference in the lives of the people they support. At Community Integrated Care, I am proud to lead more than 5000 passionate colleagues, who are dedicated to offering the very best services to the people we support. I’d like to dedicate my award to all of my colleagues and the people we support, who share this success with me.”